In terms of your affinity for cats, are you more like Alexander the Great or Queen Nefertiti? President Dwight Eisenhower or Mark Twain? Napoleon or the prophet Muhammad? 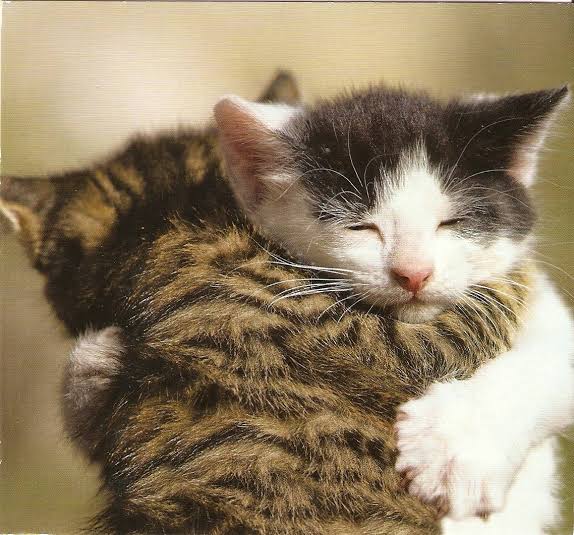 Examine the life of a soldier or politician, and you’ll likely find a “dog person.” Look into the mind of a writer, poet, painter, or philosopher, though, and you’ll probably get a glimpse of whiskers and even hear a quiet purr.

What makes a “cat person“? If known cat lovers throughout history are any indication, it would seem that cat people are creative, contemplative, introspective, “deep thinkers” with a love of words and images, a sophisticated sense of humor, and a high tolerance for ambiguity and paradox. They are the world’s individualists, free thinkers, and rebels.

If you’re a cat lover, or ailurophile, you’re in distinguished company! Mark Twain, Nefertiti (and virtually everyone in ancient Egypt, where the cat was revered as a god), Muhammad, Florence Nightingale, Sir Isaac Newton, composers Maurice Ravel and Frdric Chopin (he even created The Cat Waltz, inspired by his cat’s tendency to walk across the keyboard), painters Claude Monet and Pierre-Auguste Renoir, Buddha, Jules Verne, Ernest Hemingway, and Henry David Thoreau were all devoted ailurophiles.

Ailurophobes, on the other hand, are people who harbor a deep, dark fear of cats. Often, this fear leads to a hatred of everything feline. But there were also a number of notorious characters who didn’t actually fear cats but just plain hated them and did all they could (which, in some cases, was quite a lot) to cause harm and suffering to the innocent animals. Of course, many of these folks also caused tremendous grief for their fellow humans.

Here are a few folks deserving, in the eyes of us cat lovers, to be reincarnated as slow-running rats:

Wu Chao: The Empress of China from 655 to 705 hated cats and banished them from her environs.

Alexander the Great: This fearless world conqueror fainted at the sight of a cat.

Henri III: This 16th-century French king also fainted at the mere sight of a cat. During his reign, he executed more than 30,000 cats.

Louis XIV: This 17th-century French king presided over ritual burnings and torturing of cats. (He was said to have reformed later in life, but I still hope he comes back as a rat.)

Napoleon Bonaparte: This very brave fellow panicked if he even suspected the presence of a cat.

Johannes Brahms: Although most composers and musicians rank with ailurophiles, Brahms hated cats so much he shot at them from his window with a bow and arrow. He was said to be a very good shot, too. (Now I know why I never liked his music!)

Dwight Eisenhower: This American president banished all cats from the White House property and ordered that any cat spotted be shot on sight. (President Abraham Lincoln, on the other hand, was an ailurophile.)

In turn adored and abused

Although military men are usually dog people, there are exceptions. General Robert E. Lee, for example, was quite fond of cats. His wartime letters to his family always mentioned how much he missed the company of cats. Winston Churchill also adored cats.

The Catholic Church has represented a mixed blessing for cats, unfortunately coming down on the side of the cat haters more often than not. In 1233, Pope Gregory IX decreed the black cat “diabolical,” setting up five centuries of church-sanctioned cat abuse and killings. Fourteenth-century Popes Innocent VII and Innocent VIII were not so innocent when it came to cats, each being responsible for millions of feline deaths.

Pope Leo XII (1760-1829), on the other hand, was a devoted ailurophile. His beloved cat, Micetto, was reared in the folds of the pope’s ermine robes and accompanied the pontiff on all his official travels and in his activities. And Cardinal Richelieu was also a fond cat lover, keeping dozens of cats, including the famous Perruque, who was born in the Marquis de Racan’s powdered wig, or perruque.

Pope Pius IX (1792-1878) was fond of his own cat, even serving it meals at the papal table. But he also wrote, in his official capacity, that the “lower animals” have no rights and that it was acceptable for humans to inflict pain upon them or kill them “for any good or reasonable end … or even for purpose of recreation.”

It is said that many ailurophobes, when asked to describe their very worst nightmare, reply, “Having a cat sit on my lap.” For us cat lovers, a cat in the lap is about as good as life gets!