That day, I read an article titled something like this… “The 2017 budget is proof that the government has no money”. 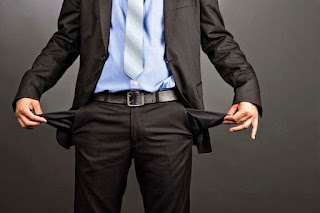 KUALA LUMPUR: The only reason the government is still able to forecast a “moderate” budget deficit of 3% for 2017 is because of the optimistic forecast in tax revenue, said Tony Pua in a statement today.

The Petaling Jaya Utara Member of Parliament said the 2017 Budget proved the government was running out of cash and the situation would worsen in the long run, making 2017 the worst year for the people.

Based on this article, it appears that the government relies heavily on taxes to generate national income.

That day, my father told me that his salary had to be cut in a relatively large amount by the LHDN automatically. Because my father works for the government, so please instruct my father’s employer (which is also one of the government bodies) to make a tax deduction on my father’s salary automatically. Who doesn’t get angry when their salary is cut? He said it was because the government didn’t have much money. So how do people do it to generate income for the country.

That day I went to a tax briefing for the company. This company usually has to make an estimate of the tax that needs to be paid for the year in the 6th month. At the time of the 9th month, you can revise back if the estimate is too much or too little.

People told me not to make the estimate too high. If it is too high, it means we will pay more to lhdn. But you can still claim back from lhdn. It’s just that people don’t encourage it because there is a high possibility that the government will pay back the excess amount slowly. So it might be very difficult to get back the overpaid tax amount again.

When these things happened I thought that the government really has no money? How to move the country if money is limited?

I’ve felt what it’s like to work at a company that has financial problems. When the fund is limited, it is normal to have to cut costs wherever possible. If you can hold payment to the supplier, hold first until you can get a comfortable income. There is also the possibility of not paying staff salaries. So, many problems can happen if the fund is limited.

Hopefully Malaysia can still maintain a stable economy and increase from year to year. It is also hoped that all those who are entrusted to be responsible for the management of the country can do their work with trust as best as possible. May we all continue to be protected, make matters easier and be kept away from all unwanted bad things.