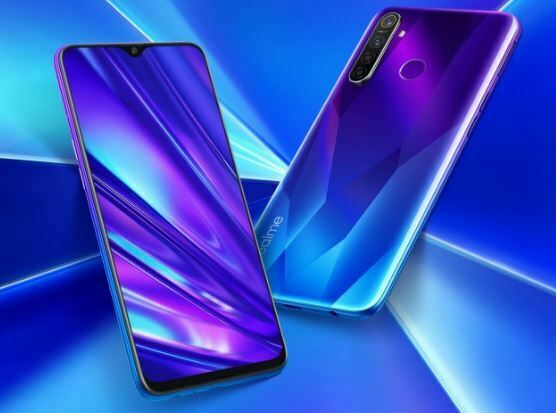 Four main cameras, mid-to-high chipsets from Qualcomm, and affordable prices. Check out the advantages and disadvantages, as well as the specifications of the Realme 5 Pro!

After separating from Oppo, Realme, which was originally a sub-brand from the Chinese manufacturer, had to “fight” with other big names. However, Realme shows that it has not only rocked the smartphone market but has also provided strong “resistance”.

By offering flagship products with high specifications and competitive prices, Realme has successfully captivated the hearts of gadget lovers. One of the newest and the champions now, namely Realme 5 Pro.

Carrying four main cameras at once, the 700 series chipset from Qualcomm.

The advantages of Realme 5 Pro

Talking about the design, Realme prioritizes this because its target market is young people. Available in Sparkling Blue and Crystal Green colors, this gaming smartphone is based on a multicolor design.

Realme 5 Pro also appears with a design that is more superior to Realme 5. Equipped with a 6.3-inch widescreen is enough to make consumers satisfied playing games all day long.

Its eye-catching appearance also makes this cellphone not easily bored to look at, even if you hold it all the time.

The Realme 5 Pro camera is supported by a versatile rear camera. One main camera features a 48 MP sensor with an f / 1.8 aperture. Then 8 MP is used to take ultra-wide images, as well as two cameras with a max lens and a depth sensor which makes smartphone photography more interesting.

Apart from the large selection of lenses, one unusual advantage of these phones is their ability to the slow-motion video at up to 960 frames per second (fps)! Which, this feature is usually only available on flagship smartphones.

Realme 5 Pro relies on a power capacity of 4,035 mAh which is comfortable to use for full-day activities. When compared to Realme X, Realme 5 Pro has succeeded in becoming a replacement for consumers who want to upgrade to a cellphone that is higher and rich in specs.

The Realme 5 Pro’s performance is arguably very adequate in its class. With a 2.3GHz Snapdragon 712 chipset combined with up to 8GB RAM, this chip is slightly faster than the Snapdragon 710 SoC of Realme 3 Pro and Realme X.

Realme 5 Pro has tested several games including PUBG which is set to high settings. After testing, the fact is that Realme 5 Pro does not experience frame drops during the game.

Realme also claims that its Game Boost is optimized to improve the performance of the top 100 games on the Play Store.

Realme combines its large battery capacity with fast charging, namely, VOOC 3.0 20W (5V / 4A). It took more than an hour to fully charge the Realme 5 Pro from the dead state.

With this feature, it is proven that the Realme 5 Pro battery is very strong and can be a consideration for becoming a daily driver.

AI Freezer is also present on this smartphone. The article is, this feature can recognize the condition of your gadget when it is used and automatically adjusts various running applications to save power.

Maybe Realme 5 Pro does not carry very tough dust and water-resistant features, but with splash-resistant certification, the design can keep the inside of the device sterile from splashes of water that can avoid damage.

Realme seems to have done something surprising in this phone, which is to have abandoned MicroUSB on its midrange devices. USB Type C appears on Realme USB Type-C, providing fast-charging power.

Very proven, by only charging for 30 minutes, this affordable cellphone can be fully charged up to 50%.

8. The absence of AMOLED panels

Realme 5 Pro has the advantage of a widescreen that is sharp and rich in colors. However, it is not blessed with the sophistication of an AMOLED screen which makes the screen display on this device brighter and sharper than IPS technology.

Maybe, Realme 5 Pro sounds so powerful by carrying four main cameras at once. However, it is quite unfortunate that the telephoto lens is not present as a complement to the back of this device.

Even so, zoom lenses do tend to be more expensive, considering that most high-end cellphones usually carry this type of lens.

The Realme 5 Pro runs on the ColorOS 6 software leased from Oppo. But with several aspects of enhancements ranging from, rich OS colors like other Android-based custom OS.

Even so, the software running on this smartphone still needs significant changes. To have a more character appearance and not seem to imitate.