Hello guys,
SPM results came out yesterday, right? Congratulations to anyone who managed to achieve excellent results and straight A’s. To the parents whose children are less fortunate in SPM this time, don’t feel sorry for giving birth to that child. He must have other advantages that we haven’t seen yet..
AFRAID TO HAVE CHILDREN?

In my opinion, because Malaysia is an Islamic country, there are no more parents who regret and throw out their children because they do not score in the exam. Although now there are many parents who are afraid to have children due to financial factors. Afraid of not being able to afford the expenses. But in the Qur’an it says that children are sustenance. So how is it?

For me, it is not wrong to plan how many children to have. But don’t be too afraid of uncertain things. For each child, God has determined his own sustenance. If you want to plan, even the first child does not need to be planned. The second child and beyond is only planned if we ourselves realize that even with the first child we are not able to be good parents for them, then it is good to plan.. 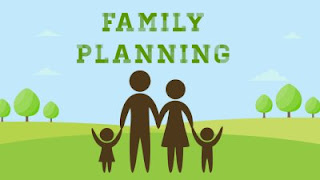 WHO DOESN’T STRESS THE PARENTS’ EXPECTATIONS ARE TOO HIGH…

Returning to the issue of regretting having children, I have read many cases in China about parents regretting their own children, some of them even want to sue their parents because they were born poor. Crazy nonsense right? Recently, there was a case of a mother throwing a 12-year-old child on the side of the road because he did not reach a score of 95 percent. Weii.. 95 percent wei.. Not because of the file. Can you imagine if in Malaysia the upsr boys were left on the side of the road because they couldn’t get straight A’s. They want to be criticized for a year by the onion aunties on social media.

A strict mother in China reportedly abandoned her 12-year-old son in the middle of a busy street in Luoyang City after he only managed to score 81 percent on an exam, which apparently wasn’t good enough.

Police officers in Luoyang’s Gucheng district found the boy wandering the streets close to where his mother dropped him off before driving away. They had been alerted by passers-by who saw the woman stopping her car in the area, pulling the boy out and then scolding and hitting him before leaving him there by himself. CCTV footage shows the officers approaching the disoriented child in an attempt to find out what happened. They later told local reporters that the boy had been abandoned for not achieving the 95 percent score that his mother expected on a recent exam.

OTHER PEOPLE OTHER WAYS OF LEARNING..

The education system in China really cares about the exam result itself. This kind of education system is not easy for everyone to deal with. Because people are different. Some are visual person types. Prefers to look at pictures, videos and so on and it’s hard to focus and remember if you listen to the teacher just babbling… and there are also kinesthetic people who understand better if they can do something practical or hands on.

So if with a learning system that is more theoretical than practical, people like this will find it difficult to score. It’s not because of his character and personality that we want to think he’s a useless child and can’t succeed, right?

Everyone has their strengths and weaknesses. There is a reason God created all people with different personalities. It is the unique character and personality that makes it easy for someone to master a skill or a field. If everyone is at the same level, life is boring. Feeling excited about something will be less because you know what other people are doing, you can do it too. Isn’t that so?

So in conclusion, appreciate your loved ones. Haha..
Friday greetings..