I just discovered that there is an unlimited hotspot plan that is affordable and affordable. His name is Prepaid Hotlink Unlimited Internet & Calls. What’s interesting is that there is a hotspot offer without quota if you buy a hotspot pass. After researching and thinking for a few minutes, I decided to just buy this hotlink SIM card at the nearby 7-eleven. Just for a second, I thought, keep buying? Yes, the price of the SIM card is RM10, so there is no need to worry about a big loss.

I will tell you about this prepaid hotlink first. I will make a comparison later in the story below.

There are two types of offers in this plan: 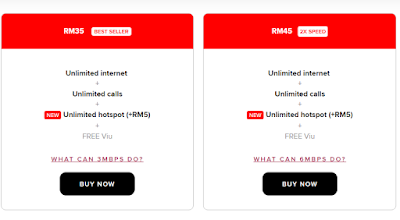 So, I tried the RM35 one first. The reason is that when I first bought a SIM card, I tried to open the slow internet. Not even 1mbps. After I bought the RM35 plan and added it with the RM5 hotspot, I can open YouTube, watch netflix and so on. The speed I tested was the fastest at just over 2mbps. But you can still watch youtube 480p smoothly. Even Netflix can still run smoothly with a quality of approximately 480p-720p.

So, for light users, this 3mbps speed can still be adopted. I don’t even have a job where I have to edit videos or upload videos, so this plan is enough for me to use monthly.

BUT… it seems like a positive thing, right? After I checked the maxis website related to FUP (Fair Usage Policy), it says that the FUP limit for the internet for 30 days is 50gb.

What does FUP mean?

This means, if we have used the unlimited hotspot earlier up to 50gb, the speed will be reduced to 512kbps only. Guess it’s not really unlimited. Although in fact 50gb for hotspot is too high a quota given at this kind of price. 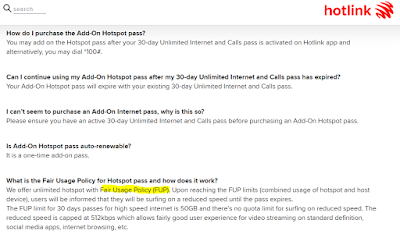 I just used this plan. I want to say that I’m satisfied, but I can’t do it yet. So far I’ve tried, there are times when the speed is ok, there are times when the speed is a little less. Maybe because my own area is not very good. Before this, I also used the umobile gx30 to make it a hotspot, but the quota was only 6gb and sometimes the line could not be stable at my place. So maxis is still in the testing phase..

Ohh.. for this hotlink you have to register yourself after buying at 7-eleven. Have to download the daftar-hotlink app. Later you have to scan the QR code on the simcard, scan the IC and also have to scan your face. To me, the app is a bit less user friendly because many times I have to scan unsuccessfully.. 10 times I tried again until I was successful and could register.

If anyone doesn’t know yet, unifi has a ‘Unifi Air 4g/Lte’ simcard with a RM79 per month unlimited internet and unlimited hotspot plan. This one is really unlimted and no one is told about the existence of FUP. From the reviews on YouTube, there are also those who managed to get speeds up to 40-50mbps even though unifi states that the average is only 20mbps for this plan.

This plan is divided into two parts:

b) RM79 per month – no contract (unifi air simcard only) 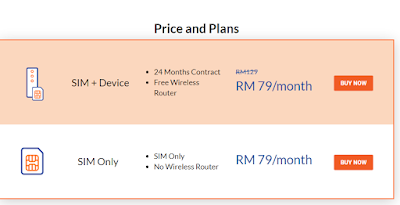 My suggestion is, if you just want to try unifi water, try to get the one without a contract first. The reason is that you have to test the coverage in your place first to see if it is ok. If you take the contract, the penalty for early termination of this plan is the remaining months in the contract with RM79. If there are 23 months left, cook it.

If you have a small budget, I recommend taking this unifi water straight away. So far I see that there are not many people who complain.

I also told umobile because it is in the same price range. Umobile offers two plans: 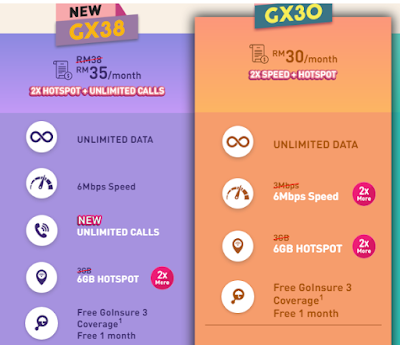 I only used the GX30 before. As far as I use the speed, if it’s normal it’s ok for light users, watch youtube, netflix and light browsing. It’s just that my place is not a stable line. So I decided to try hotlink.

Yodoo is an internet plan that we can customize ourselves to have how much quota. Yodoo recently offered an unlimited internet plan:

The price is about the same as umobile and maxis, but the hotspot quota is too little. It is not suitable if you want to use this sim to make wifi.

Celcom also has a budget unlimited internet plan. The prices and offers given are similar to other telcos. 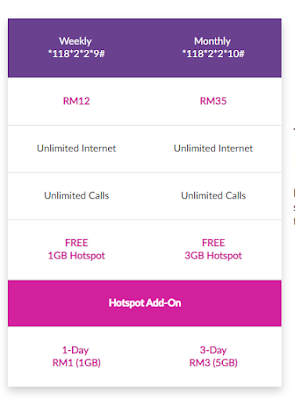 There is only one celcom package for me, a budget monthly plan. This is the one above.

If you follow everything I’ve listed from earlier, it looks like maxis and unifi water are more interesting. Others still have very little hotspot quota.

I think that’s the budget unlimited internet that can be used as a hotspot. I just want to share new experiences and information about the internet plans that are available.