Hello guys,
It’s you, isn’t it.. when you see a ghost story, are you the type that gets scared or the type that doesn’t get scared at all?

I consider myself in the middle. Sometimes it feels scary when you see a ghost story. Look at the type of movie. If the movie’s story line is close to my real environment, then it’s easier for me to feel the horror. If the story line is very far from reality, I continue to feel less when watching the story even though the ghost’s face is scary..

WHY IS THE WEST GHOST STORY NOT THE BEST?

Why don’t I feel the best? Because this omputih ghost story is usually illogical in my mind. His ghosts are all powerful enough to kill humans. I can’t brain how ghosts can kill people like ghosts are serial killers. Because in my head I still think that all creatures are weak and nothing that can match the power of the Almighty.

If God allows the human to die then he can die. But in western ghost stories, ghosts can usually kill people at will. That makes me feel illogical. Even though I’m watching Omputih’s story, I still think about things like this. 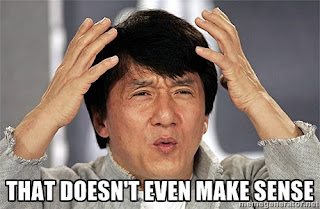 It’s different from when I watch a Malay ghost story. For example, a hypocritical story. Hypocritical stories I can accept. His ghost is logical because it is true that even ghosts/jinn can beam and enter human bodies. The reason for the death in the hypocrite’s story is usually because he was possessed and did not notice that he had hurt the people around him. There seems to be a culprit here. Humans themselves. Humans controlled by jinn and ghosts are the ones who cause humans to kill other humans.

But that too with God’s permission. Not in the way of ghosts from outside the human body going to kill people at will like it always happens in western stories. That’s why Malay ghost stories like this make me feel like watching the story. Because I think it’s logical and everything ‘makes sense’.

WHERE IS THE LOGIC?

Think I’m someone who will always think about logic first. I don’t like watching harry potter stories which are very difficult I think the story is logical. But I prefer to watch war stories in the past where the way people fight is logical and makes sense. Except for the super hero story. Even though I know that people’s powers are not logical, but I can still tolerate them because their stories are sometimes funny and the appearance of the hero’s character obviously shows the hero’s leadership qualities. Super hero stories like this, I can feel the element of motivation in it. So that’s why I can still serve…

I think even if I watch a ghost story, I still think about the logic of something, I think I’m a person who lacks empathy. For me, it’s hard to feel how the people in the movie are afraid when everything seems illogical. I will lose my sense of horror watching that story.

Indeed, someone like me who always thinks about logic and making sense of something may have a lack of empathy. The expression of my feelings is probably very lacking. Do not believe? If you are someone who is around me, you must have a feeling that I am an expressionless person. Happy is like that, sad is like that, scared is like that, worried is like that.. Usually I prefer to be happy. See? I’m happy to choose what I want to be happy. Because I did something logically. Many women must not like me because I have a hard time feeling the way other people feel. I think so.. haha…

Someone who always thinks about logic and making sense of something has his own character and preferred way of communication. I’ll tell you about it in the next entry. Haha..

Do you like to watch ghost stories? What is the most emotional story you’ve ever seen?