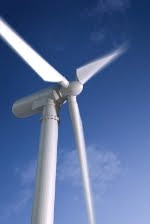 Wind energy works economically and reliably. Whether it’s a single home wind turbine serving a remote homestead or thousands of machines supplying bulk power to an electric utility wind energy has finally come of age after more than a decade of development. Though once bedeviled by poor performance and unreliability, wind turbines in the United States have now operated for nearly one billion hours and generated more than 15 billion kilowatt-hours of electricity. Today thousands of wind machines, both big and small, work dependably day in, day out. Some small wind turbines have even proven more dependable in remote power systems than the conventional engine generators they were originally designed to supplement.

Outside of mechanically pumping water, wind turbines are best known for their ability to generate power at remote sites. They’ve distinguished themselves in this role for decades.

During the 1930s, when only 10% of the nation’s farms were served by electricity, literally thousands of small wind turbines were in use primarily on the Great Plains. These “home light plants” provided the only source of electricity to homesteaders in the days before the Rural Electrification Administration brought electricity to all.

Today, three-fourths of all small wind turbines built are destined for stand-alone power systems at remote sites. Some find their way to homesteads in Canada and Alaska far from the nearest village. Others serve mountaintop telecommunications sites where utility power could seldom be justified.

An increasing number are being put to use in the lower 48 rates by homeowners determined to produce their own power, even though they could just as easily buy their electricity from the local utility.

Data compiled by Pacific Gas & Electric Company (PG&E) in a 1990 study of its service area, found the number of stand-alone power systems mushrooming at a rate of 29% per year. They expect the market to continue expanding as urbanites increasingly move to rural areas not currently served by the Northern California utility. The business prospects looked so enticing that PG&E toyed with the idea of providing the stand-alone home power systems generators to reduce the battery storage needed. Many of those living off-the grid, like Tehachapi’s Wulf, reached the same conclusion intuitively.

Typically a micro turbine, such as Southwest Windpower’s Windseeker, or a small wind turbine, such as a Bergey 1500, a modest array of solar power systems, and a small generator will suffice for most domestic uses. Though PG&E found that most Californians living off-the-grid had backup generators, they seldom used them. In a properly match-source-off-grid system, the backup generator provided peace of mind, but little electricity.