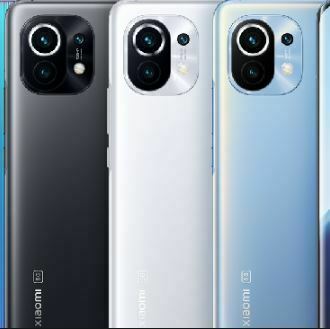 It seems that Xiaomi is starting to consistently release smartphone products that are truly flagship for the Indonesian market with the presence of Mi 11. Given that previously, this Chinese mobile manufacturer also presented Mi 10 for the market in the country.

That way, it is easy to say that the market’s interest in mobile phones that are included in the superior category from Xiaomi is quite high. Then, what about the Mi 11 which brings quite a lot of improvements from its predecessor. 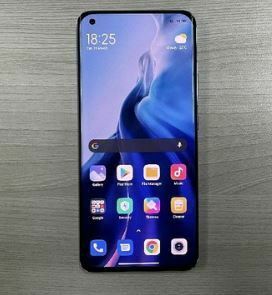 This smartphone has received a significant increase. Especially from the screen sector, chipset to battery technology which makes it so attractive to those who are looking for a more affordable premium smartphone.

The advantages of Xiaomi Mi 11
Xiaomi provides the Mi 11 with more advanced screen technology and high resolution, the most advanced processors, and even faster battery charging. Here’s a list of the advantages:

As is well known, Snapdragon 888 is the most advanced chipset for mobile devices made by Qualcomm for 2021. And, Mi 11 is the first in Indonesia to use this processor.

The Snapdragon 888 itself has a “savage” performance, thanks to a clock speed of up to 2.8 Gigahertz (GHz) built on the latest Kryo 680 architecture and 5 nanometers (nm) fabrication.

Imagine, playing heavy games on this device is something that can be done without more effort.

Even though it has become a new standard, the 120 Hertz (Hz) refresh rate is a special thing that you can enjoy to the fullest when using a smartphone.

This will increase the experience of looking at the very significant screen, especially if you are playing games or other entertainment activities on your cellphone.

For information, Mi 10, its predecessor, only carries a screen with a 90Hz refresh rate. So, this is certainly one noticeable improvement.

3. Quad HD + and One Billion Colors

Again, the Mi 11 is the first flagship from Xiaomi to carry a screen with a resolution of 1,440 x 3,200 pixels, aka quad high definition plus (Quad HD +). Where usually just stuck at Full HD + resolution.

In addition to the higher screen resolution, Xiaomi also claims that the Mi 11 can present a richer display of up to one billion colors.

The combination of these two things will make the experience of looking at the Mi 11 screen more enjoyable.

Xiaomi offers the Mi 11 in several color variants, although the official version offered in Indonesia is the 8GB RAM version and 256GB internal storage. Just like its predecessor.

However, the advantage of Mi 11 in the storage sector is the type of storage used, namely UFS 3.1. Meanwhile, the Mi 10 carries UFS 3.0. Maybe this is something that not so many people pay attention to.

However, the increase in read-write performance on UFS 3.1 is claimed to have speeds of up to 60% and 3x faster in terms of data write speeds than UFS 3.0.

The Xiaomi flagship smartphone camera is back with a super high resolution, which is 108 megapixels (MP). However, it is not just the large resolution that is a concern, but its ability to record video.

Mi 11 is equipped with a camera that includes a special cinematic feature. Complete with important effects that make video content even more interesting.

Like Frozen Time to stop time in some videos, Magic Zoom to enlarge only the background, to Night Time-Lapse which is a special night time-lapse mode.

The advantages of Mi 11 are also in the battery resource section. Where charging can be done faster thanks to 55 Watt (W) fast charging technology!

With this feature, charging the battery from zero to 100 percent only takes about 45 minutes.

Besides, there is also a 50W fast wireless charging feature that allows the Mi 11 battery to be fully charged in just 53 minutes.

Where this is the most advanced and strongest mobile phone screen protector glass ever made by Corning.

8. the Same price, the charger is there!

What’s interesting is the price, as is the custom of Xiaomi which always provides more affordable prices for its products and is often the choice for the best value for money smartphones.

Even though it brings improvements compared to Mi 10, Xiaomi still sells Mi 11 at the same price as Mi 10 when it was first released. Namely, in the amount of Rp. 9.9 million.

One more thing that makes you relieved is the availability of a charger head complete with cables in the sales package. while other vendors have followed in Apple’s footsteps by eliminating boxed chargers.

Disadvantages of the Xiaomi Mi 11
However, behind the advantages that are said to be so classy. The Mi 11 also has minor drawbacks that may still be “forgiven” as follows:

However, this drawback seems closed thanks to the accelerating fast charging.

It is quite unfortunate that Xiaomi again does not provide a telephoto lens, aka a zoom lens, on its flagship smartphone in Indonesia. Where this has happened before too.

Perhaps, one of the reasons for the absence of a telephoto lens is that this type of lens can make the price of the Mi 11 more expensive. So that Xiaomi prefers not to use it.

However, the better quality of the camera on the main lens will make users proud to use Mi 11 for smartphone photography activities.